NRL player Siosifa Talakai was very close to a blue jersey a few weeks ago when police charged him with a driving offence and prompted his nomination for The Fronwlow Medal.

The Frownlow Medal is awarded to the player whose off-field demeanour epitomises the values of the modern-day footballer and draws attention to the status of footballers as role models to young Australians. It covers Australia’s four major football codes; the National Rugby League (NRL), Australian Football League (AFL), the A-League (Football) and Rugby Union’s Super Rugby competition. NRL player Shaun Kenny-Dowall won the inaugural medal in 2015, while NRL star Jarryd Hayne is the most recent recipient.

On the eve of Origin selections, Talakai was caught driving on an expired licence in southern Sydney and was ordered to face court to defend the charge. The Cronulla Sharks centre then compounded the matter when he did not attend court and was issued with an arrest warrant.

Apparently, the Sharks didn’t know about the incident until informed by a news outlet, but later said that his no show was due to an ‘oversight’. The barnstorming centre was originally left out of the team to face the Warriors as a result of the matter, but was reinstated to the team and given permission to play.

Judges of The Fronwlow Medal hope Talakai accepts the invitation to attend the awards night for the medal and the hall of fame later this year, and stress that they will be very offended if he does not show up. 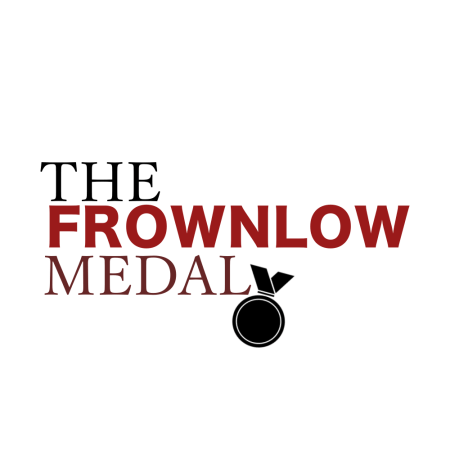 Josh Dugan is a simple man. Strong of stature and simple of mind, much like the character Lennie in Steinbeck’s novel Of Mice and Men. He possesses more strength and physical power than the average man, along with the mid of a child.

Like Lennie, Josh just wanted to play with animals. This is how the NRL veteran found himself near Bathurst while he was supposed to stay within five kilometres of his home in southern Sydney. He was there to tend to animals. His COVID breach has earned him yet another nomination for The Frownlow Medal and could have ended his career.

Dugan and a friend were stopped by police near Lithgow recently, miles from their homes in Gymea and Alexandria. Both men were ordered to return home immediately, which meant they should have headed east. Instead, they headed west and were found just 40 minutes later, in Yetholme, near Bathurst, which is about 150km from Sydney.

When the pair were caught, the former NSW and Australia representative apparently told police he was out bush to ‘feed animals’. In Steinbeck’s famous novel, simple-minded Lennie is kept in line by his friend George with the promise that he can tend the rabbits on the farm the pair dream of buying. Alas, George ends up shooting Lennie at the end of the novel, and Lennie never gets to tend to the rabbits. Poor Josh also missed out on feeding animals in the Central West, and was instead handed a fine of $10,000, and possibly more punishment. When the NRL and police investigations are complete, his NRL could be dead. He was only in Sydney because the Sharks didn’t select him in the playing squad which is in the COVID bubble in Queensland.

This is Dugan’s second Frownlow nomination in 2021, and follows his nomination in 2016. He was fined $25,000 in June for…breaching COVID protocols. On this occasion, he dined at a restaurant in Sydney while all NRL players were ordered not to attend hospitality venues such as pubs and clubs.

If Dugan leaves the Sharks at the end of 2021, will he be offered the chance to play with rabbits, or any other animals which act as mascots for NRL teams?

Prime Minister Scott Morrison has refused to pay the fines of the St George-Illawarra NRL players who breached COVID-19 protocols, just days after he paid the fine of Cronulla player Josh Dugan.

Morrison paid Dugan’s $25,000 COVID breach fine from his own pocket after admitting that he and his government are responsible for the current lockdowns in Greater Sydney due to the failed national vaccine rollout. When offering to pay Dugan’s fine, he conceded that an effective national vaccine roll out would have prevented lockdowns throughout the nation and Australians would be free to go to a restaurant with their friends.

“Let me make this very clear,” Morrison told the media.

Dragons fans and other members of the community asked Morrison to pay the players fines which totalled more than $300,000. 13 players were punished for attending a party at Paul Vaughan’s house in Shellharbour while the region was in the middle of a strict lockdown.

Insiders believe Morrison refused to pay the fines not just because they play for a rival team, but because he was angry that Paul did not invite him to the party.

Dugan earned yet another nomination for The Frownlow Medal when he was caught dining in a restaurant in Sydney recently, in contravention of the NRL COVID-19 bio-security protocols. The ageing centre was fined $25,000 and the prime minister has promised to reach into his own pocket to cover the fine.

Dugan was initially shocked at such a generous offer from the leader of the nation, despite the fact that Morrison is the club’s number one ticket holder.

“But then Scotty told me why. He said he loves the Sharks. Well, he loves them now, he grew up in the Eastern Suburbs so he’s probably a Roosters fan, but anyway. He goes to all our games and stuff, but said he paid my fine for a different reason.”

“He said he kind of feels like it’s his fault that I got fined. See, he handles all that COVID vaccination stuff, because he’s the PM, and it’s been a real shambles. He said that if more people in Australia had been vaccinated by now, pretty much everyone could go to restaurants whenever they want. We wouldn’t all be in lockdown and you wouldn’t get fined just for going out for dinner with a mate.”

“So, I said, yeah, that makes sense – thanks for the money Scotty.”

Dugan will also have to stay away from the Cronulla team for a fortnight, and Morrison is expected to join him in his period of isolation.

“We’ll sit on the roof in bean bags and drink Bacardi Breezers, cos that’s the kind of classy guy that Scotty is.”